Fascinated by the exploding communications field, for more than two decades I've experimented with video, blogging, print, photography and social media as a means to help build healthier communities.  One of my early blogs, "Katrina Patina," became the basis for a book manuscript, Under Surge, Under Siege, the Odyssey of Bay St. Louis and Katrina, published by University of Mississippi Press in 2010.  While it covers the storm and three years of aftermath, Under Surge documents how a community under incredible duress can support the individual.

Since 2011, I've been publisher of The Shoofly Magazine, a digital weekly focusing on life in Bay St. Louis and Waveland, Mississippi Gulf Coast.  French Quarter Journal, its sister digital publication launched in 2019, tells the stories of the neighborhood as a "community, not a commodity." At the beginning of the New Orleans COVID-19 shutdowns in mid-March 2020, FQJ writers began the "Hunkering Down" blog to document the French Quarter community during the crisis.
​ 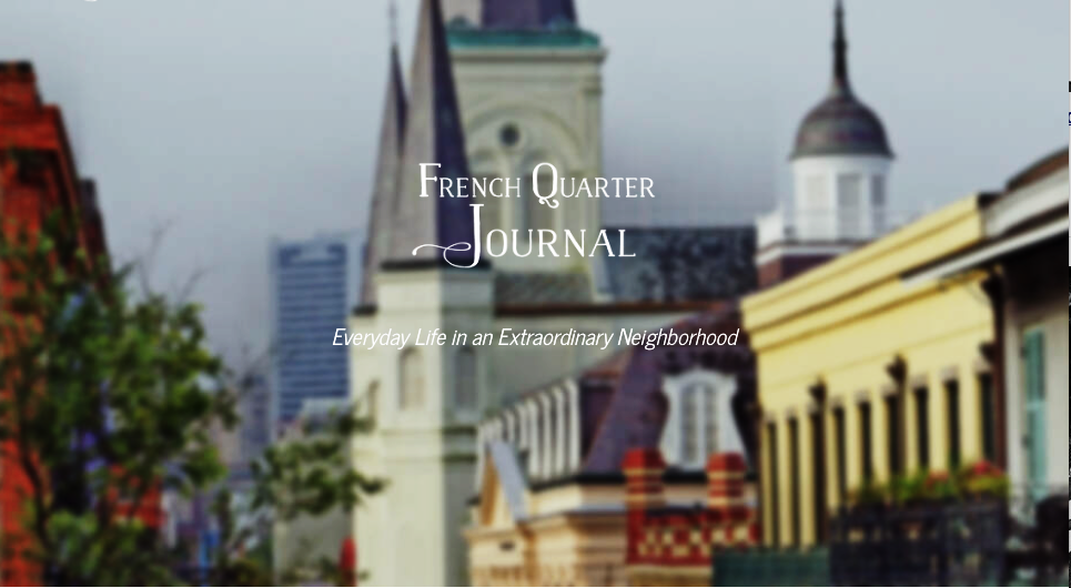 French Quarter Journal, launched in 2019 is a member of the Community of Literary Magazines and Presses (CLMP).